In the recently released science-fiction novel Ready Player Two, protagonist Wade Watts spends the majority of the book inside a virtual reality universe called the “OASIS”. Though the OASIS is merely a simulation consisting of computer-generated imagery, immersive sound, and gesture-based interaction, it has a profound impact on reality. It’s a place where one loses the sense of time, both physical and emotional pain is identified and eased, and users can confront and overcome their deepest longings and fears.

The OASIS may be fictional, but some of its seemingly therapeutic effects are factual, backed by decades of research and thousands of scientific studies. In his recently released book, VRx: How Virtual Therapeutics Will Revolutionize Medicine, Dr. Brennan Spiegel, a gastroenterologist and Director of Health Services Research at Cedars-Sinai Medical Center in Los Angeles, goes into detail about how virtual reality is playing an increasing role in therapeutic medicine. He explains the science behind VR’s therapeutic effects, the areas of medicine where it’s being used, and the role that clinicians need to have in VR medicine.

While one might naturally link virtual reality primarily with mindfulness and mental health, we were blown away by how widely VR is being used, tested, already having an impact. Spiegel tells stories of significantly decreased labor pains, successes in overcoming opioid addiction, better cognition in dementia patients, and treating eating disorders, just to name a few. We came away with a greater understanding of how closely tied our minds are to our physical health and a renewed excitement for a future where a VR headset could someday occupy a spot next to a bottle of aspirin in the medicine cabinet.

Dr. Spiegel was kind enough to share with us some additional thoughts about the future of VR therapy.

Scott Jung, Medgadget: Can you share how you went from being a gastroenterologist to a VR advocate?

Dr. Brennan Spiegel: At first glance it might seem unusual to combine gastroenterology and VR, but any practicing GI doctor will tell you that the brain and the gut are connected. We call this the “brain-gut axis,” which refers to the interplay between the central nervous system and the enteric nervous system, which is the part of the nervous system that controls the gastrointestinal tract. Many conditions, such as irritable bowel syndrome (IBS) and some forms of abdominal pain, can be triggered or worsened by anxiety and depression as a result of nerve impulses and stress hormones affecting the gut. In our research, we’ve found that VR not only can help with musculoskeletal pain, but also can help to alleviate some forms of gastrointestinal pain. I use VR in my clinic to help manage people with chronic visceral pain as an adjunct to traditional medical therapies. In fact, our research team at Cedars-Sinai is currently developing a new IBS VR treatment program that we hope to make available within the next six months.

Medgadget: What are some of the scenes that patients typically experience when they don a VR headset? How are these environments created and/or selected?

Dr. Brennan Spiegel: When most people think of VR, they think of a gaming technology—a toy for pent-up teens to play first-person shooter games in their parents’ basement. But for decades, scientists around the world have been quietly discovering the surprising health benefits of VR for ailments ranging from severe pain, to PTSD, to substance use, to existential anxiety. We use a wide variety of scenes for different conditions. In one program, called EaseVR, patients with chronic pain learn to control their mind and body through VR biofeedback therapy in a whimsical forest of glowing trees beside a shimmering lake. As the patient breathes in and out in sync with beating drums, the microphone in the headset detects the respirations and uses the input to drive a metaphorical visual narrative, allowing the user to breathe life into a dying tree or cause the sky to brighten a lustrous shade of blue. In another program, patients can swim with dolphins underwater to help distract themselves from pain.

Medgadget: Our favorite chapter was “Through the Looking Glass” in which you narrate a typical, hypothetical day in which VR is used all throughout a clinic. What are some of the major roadblocks that need to be addressed from both a provider and patient perspective before VR can be widely adopted?

Dr. Brennan Spiegel: With over 5,000 studies evaluating the health benefits of VR, science is no longer a barrier to implementing VR in medicine. The barriers are more mundane, like lack of staffing, infrastructure, and funding. Insurance companies are starting to take notice and are considering whether to pay for virtual therapeutics; when that happens it will open up the possibilities quickly. We also need to educate more doctors about the new science of virtual medicine. More and more, we are seeing lectures and symposia about VR throughout medicine, including in some of the highest profile medical conferences around the world. We’re also working to develop a full-service VR clinic to help with both hospitalized patients and outpatient who can benefit from VR therapy.

Medgadget: VRx focuses primarily on the VR research that is being done in a clinical setting. Are there any apps or ways that consumers who currently own a VR headset can improve their health and wellness?

Dr. Brennan Spiegel: There are now thousands of VR programs that claim to provide health and wellness benefits. Our team has selected programs that meet our high standards, meaning the programs are supported by either published studies or have shown benefits with our own patients and are listed on our website. Some of the programs are available to anyone through YouTube or the Oculus Store, while others must be obtained directly from the company or used in partnership with a healthcare provider. It’s important to emphasize that our list of programs is not designed to serve as medical advice or to make diagnoses. Therapeutic VR is not right for everyone and may cause side effects. You should always speak with your doctor if you have questions about your condition, its treatment, or the appropriateness of therapeutic VR.

Medgadget: Of all the areas of medicine that VR is being used, is there one particular area where you think VR is having, or could potentially have, the greatest impact on the current standards of care?

Dr. Brennan Spiegel: It’s true that VR is being used for so many areas in medicine; it’s hard to say which will have the biggest impact. But I think the sweet spot is using VR for pain, particular for those who have not yet started an opioid medication. For example, almost everyone who undergoes surgery receives an opioid during their recovery. What’s amazing is that 6% of those people will become dependent one year later after a single day of using opioids. And after a week of use, the numbers go up quickly from there. If we could offer VR as a post-operative treatment for pain, then it might help reduce the amount of opioids required and, as a result, cut down on subsequent dependency. I’m not saying that VR will completely control everyone’s post-surgical pain without any medications, but it might help reduce the amount of medicines required and reduce the need for opioids, where possible.

Medgadget: Just for fun, what’s your favorite movie or TV show that makes use of virtual reality technology?

Dr. Brennan Spiegel: I was fortunate to serve as the primary medical consultant for a drama on CBS television called “Pure Genius” that depicted a mythical hospital of the future. The show was on primetime a few years ago and was produced by Jason Katims, who created shows like Friday Night Lights and Parenthood. Pure Genius was a great show with a forward-thinking vision about the trajectory of healthcare, including the role of immersive therapeutics to complement traditional medical therapy. Sadly, the show only lasted one season and is no longer on the air. It’s worth going back to find the episodes to see how we envisioned VR and other digital tech integrating with modern healthcare. [Editor’s note: “Pure Genius” is available for purchase on Amazon Prime Video and is highly recommended!]

VRx: How Virtual Therapeutics Will Revolutionize Medicine is available now in bookstores everywhere, including Amazon. 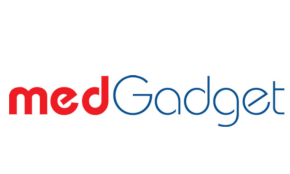